The person whose name the hostels bear

One of the most original mathematicians of all times was a military engineer of tragic fate, who was far ahead of his age as testified by his works. The inventions of our age – rockets and satelliites – could not operate without his geometry, the ’new other world’. Bolyai was born in Kolozsvár, on 15 December, 1802. His father, Farkas Bolyai was teacher at the college of the Reformed Church in Marosvásárhely and corresponding member of the Hungarian Academy of Sciences. He was one of the leading mathematicians of his age, and the greatest Hungarian mathematician up to that period. János Bolyai finished his studies in the 6th class of the grammar school at the age of 12. At the age of 15, he went to Vienna to study. He finished his studies there with outstanding results after five years.

He graduated from the Vienna Academy of Military Engineering with excellent results, and received his commission as sub-lieutenant. At the age of 21, he was already a lieutenant, at the age of 22, a first lieutenant and at the age of 24, a captain. In the army, he was number one mathematician, number one violin virtuoso and number one fencer. He had duels all the time, many of which ended with death but he was always the winner. At his own request, he was sent to retirement in 1833 with the comment that he could return to the army whenever he wanted. After his retirement, he moved back to his father’s place in Marosvásárhely, where he lived for one year but had constant quarrels with his father. When János Bolyai even challenged his father to a duel, his father reprimanded him severely and expelled him from his house. After this, he lived in Matrosvásárhely for some time but later, his father allowed him to move to the family estate in Domáld. There, he spent ten years in utter loneliness. Then, in 1843, he apologized to his father and moved home again. They lived in peace for six weeks, when quarrels broke out again, so János Bolyai moved out to the Domáld estate. In 1846, he moved back to Marosvásárhely, where he lived as a recluse, actually lost for science.

His paper entitled Appendix, containing the epoch-making discovery of absolute geometry, was published in the Latin language in 1831, as the annexx to his father Farkas Bolyai’s work called Tentamen. With the exception of Gauss, hiis contemporaries did not understand or appreciate his work although raising the problem and doing research in it was a topical issue. This is shown by the fact that independently from János Bolyai, Russian mathematician N. V. Lobachevsky arrived at similar results and published his relevant work in 1829/30. János Bolyai’s results are all the more remarkable because he lived under extremely hard financial conditions and primitive circumstances, isolated and deprived from the possibilities of doing creative work in the field of mathematics. In spite of this, in addition to his extraordinary results in the field of non-Euclidean geometry, he wrote important and state-of-the-art papers about the theory of complex numbers with the title Respensio in 1837. Furthermore, he was also involved in creating the base for mathematical space theory.

The lack of recognition made him deeply  disappointed. He died on 27 January, 1860, divided against himself. In 1911, his remains were disintered and reburied in a common grave with his father’s remains with great ceremony. 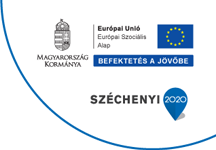